Kate Vrijmoet and I won Best Installation for the show! Combined with the many interesting interactions people had with the piece, I can definitely say that this installation was a success!

It was a well-trafficked show, which was impressive to me, seeing how far the gallery was from much in the way of Brooklyn and New York’s population. Nearby was an IKEA, a few local businesses, some small housing projects and condos, warehouse businesses and various studios. 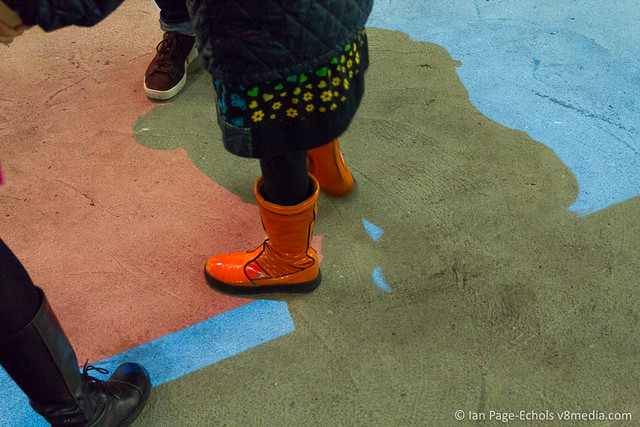 During the show, I had a chance to walk around with and talk to some of the other artists I had met and see their art, but to be honest, any time I’m either performing or displaying something that is interactive, I tend to hover quite a bit. Interactive art tends to never be finished to me. In this case though, in order to make further edits to the project, I would have to have the interface for the Max/MSP software that I was using visible over the blocks of color on the floor, as well as have wires dangling. It just wasn’t going to happen.

So, as the show started, I let work on the installation be finished. I made sure the audio and video were playing back correctly, I tucked the keyboard and mouse up into the rafters and made sure no wires were dangling, and removed the ladder. 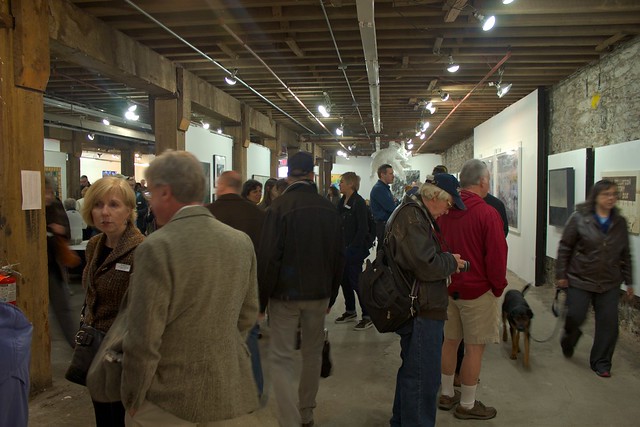 I spent a lot of time during the show shooting photos and video of what the art looked like, and also how people were interacting with the light and sound. It varied wildly, from people walking through the space, completely oblivious, to children in gleeful play (though some adults definitely played with the installation as well).

To me, an interactive piece is not what I finished as I hid the keyboard and mouse and removed the ladder. An interactive piece is what started when the area was clear to be walked through. As I’m working on a project like this, I’m doing a lot of testing. Change a little bit of code, then walk through the space and see if what I’m expecting to happen actually does, and if not, I keep tweaking until I get closer to what I intended to see. The really interesting part of this is that I can make guesses, but I have no idea what a random person of random age and random background is going to perceive or think, and how that will make them interact.

It also leaves open a possibility of interacting in ways that were unintended, or can sometimes even result in having a piece look “broken” depending on a participant’s expectations. 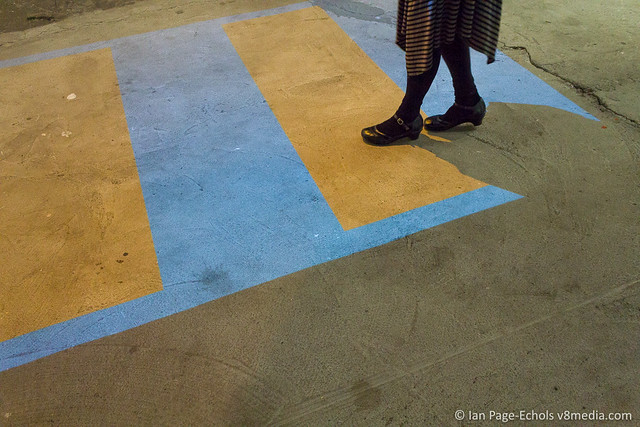 There tend to be two modes people use when experiencing interactive art: play, and knowledge-seeking. In play, the person just moves around, touching, listening and generally observing how their interactions change what is happening around them. They’re having fun. In knowledge-seeking, the interactions are far more controlled and almost scientific. The interactions tend to be a very controlled movement and and observation. “Hmm, if I move my foot over here, this blue light turns on, and I think that I hear something”. I think knowledge-seeking art interacters can be a bit more cynical and potentially less appreciative of a piece. However, people definitely move back and forth between the modes in order to more fully interact. 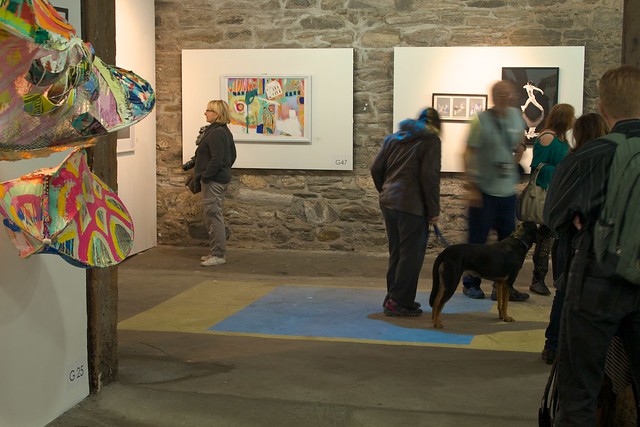 Mother May I in Context

With this piece, a lot of children would come up to the area, see the concrete floor light up in blocks of color, and then start running, spinning, and lying down while moving their arms. They would then visibly pause their playing, look up at the projector and the mirror, wondering what was making this interaction exist. This would often lead to a perception that there is technology behind this, so there might be more specific things happening than they first thought. This tended to lead to the child then playing more explicitly with the different zones. A little less playful maybe, but with a bit more knowledge of the environment they are in.

I’m sure many papers have been written about the use of play in learning. It’s pretty interesting to get to observe it in the uncontrolled experiments of interactive art.

In some ways, this was not an extremely complex project, but there were a lot of pieces involved, a lot of art patrons involved in the interactions, and most importantly, the combination of artists discussing our intents, the anticipated interactions, and making aural and visual decisions. 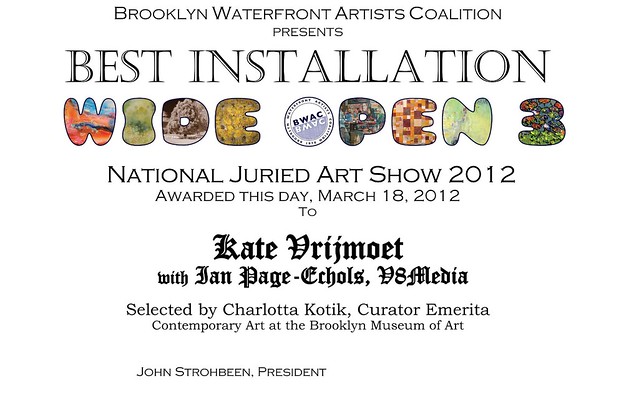 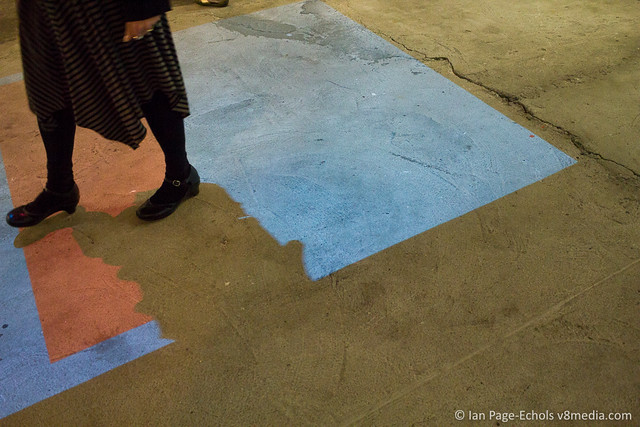 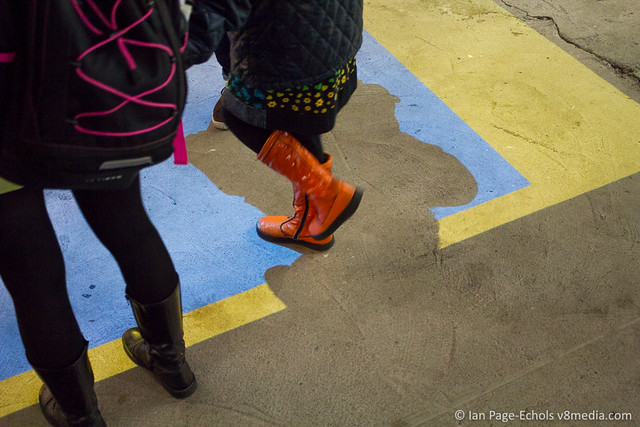