I shot a bunch of pictures of one of the cooler cars out there, one which I think holds a lot of historic significance, a GM EV1. GM gave a few remaining EV1s to universities to use as test platforms, only allowed to be run in hybrid scenarios.

This car is mostly functional, and will get a small motorcycle engine tucked in that will kick in on the highway to be able to cruise indefinitely.

Quite a crowd came out in freezing weather to see this car. 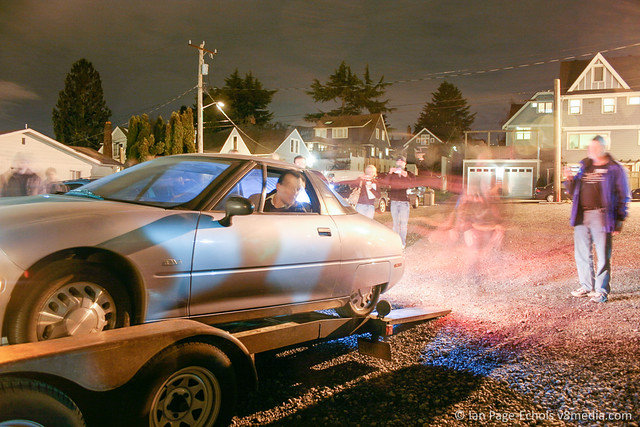 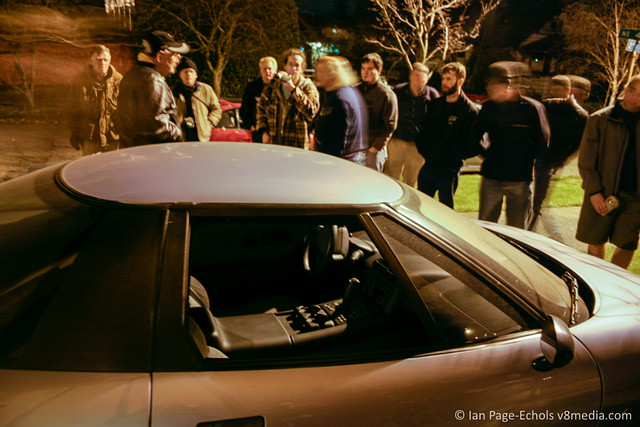 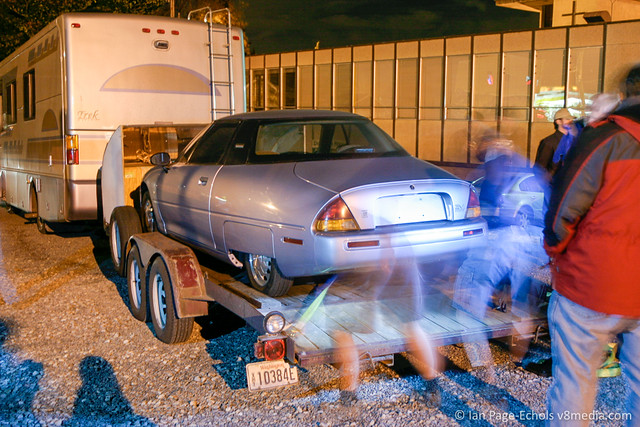 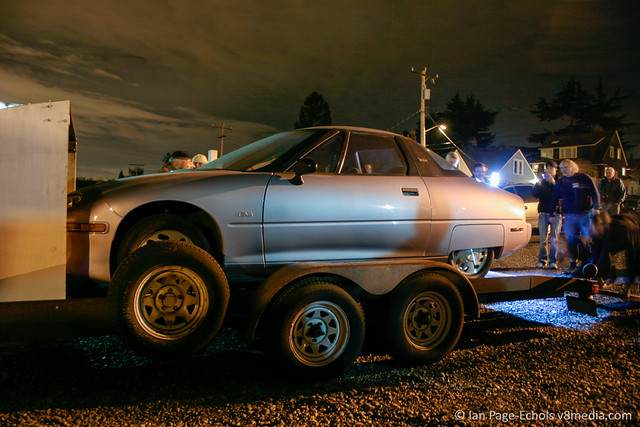 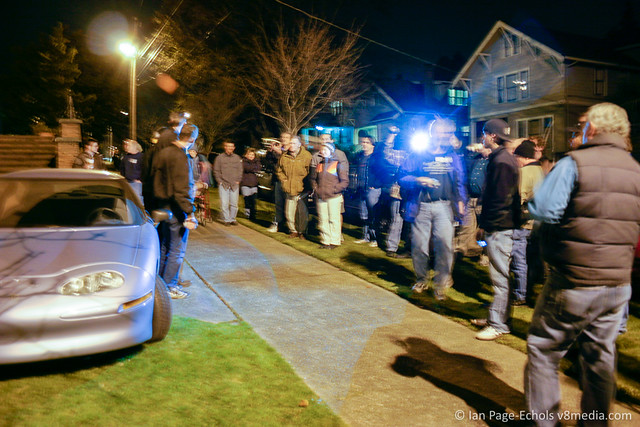 I don’t know which university this is below, but it feels a bit crazy to be hacking apart 1 of about 40 vehicles in existence. The youtube post says that they have theirs running as a turbojet/electric hybrid.