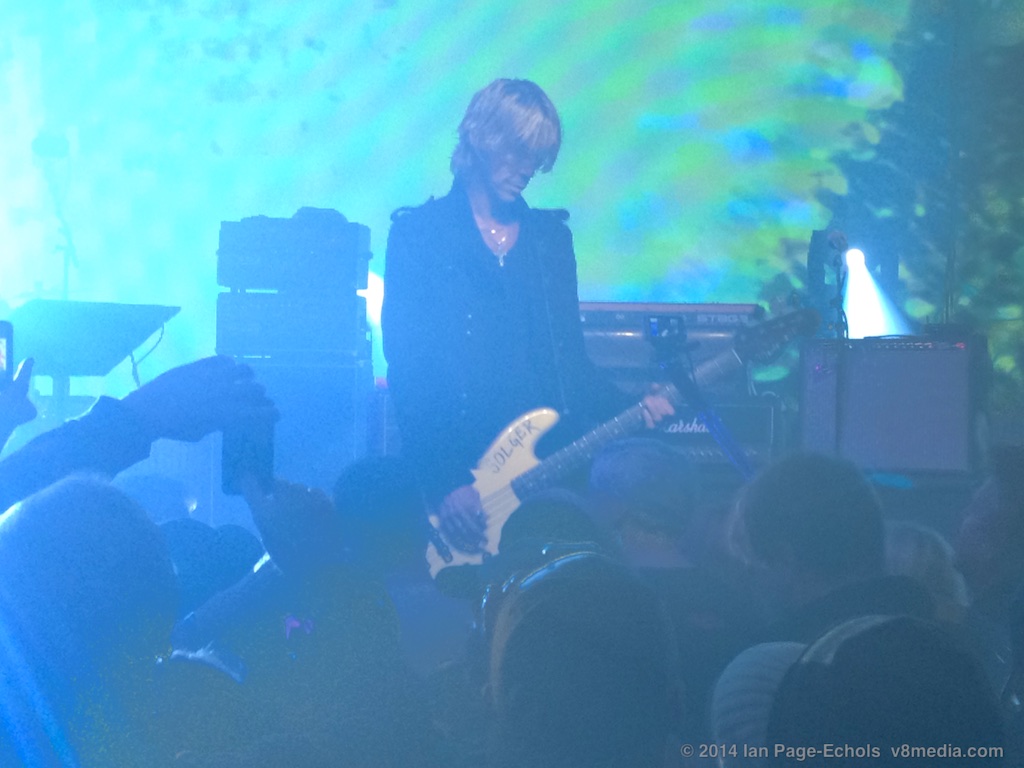 For what would have been Jimi Hendrix’ 70th birthday, Paul Allen put on an ensemble show of many different famous musicians playing their takes on a lot of different Hendrix tunes. Each “group” did three tracks and then switched out for the next group. Sometimes the bassist or drummer would stay on for the next group. At the end, most of the guitarists came back out and played solos down the line, including Paul Allen himself. 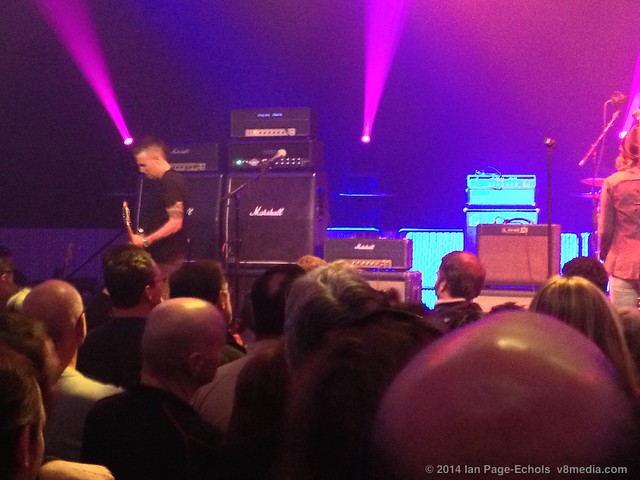 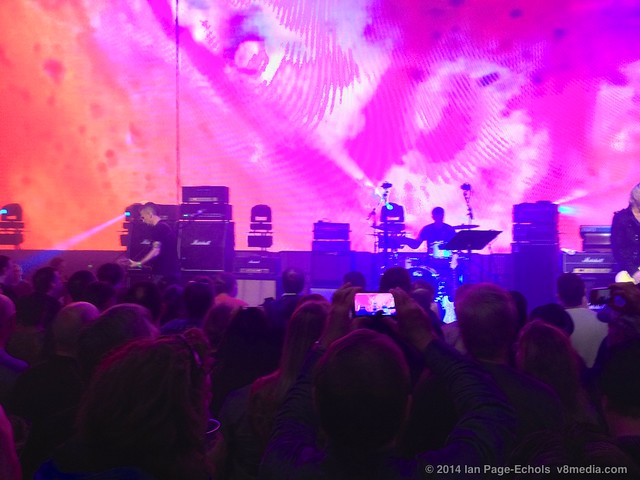 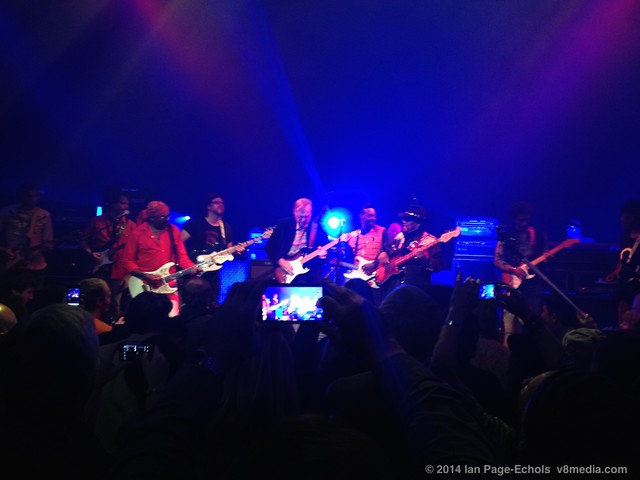 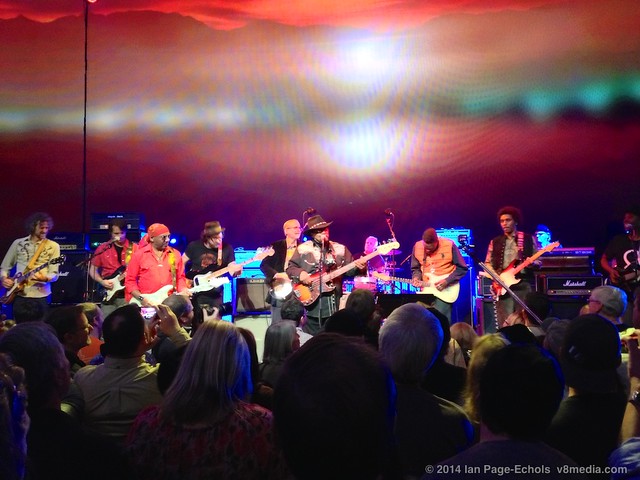 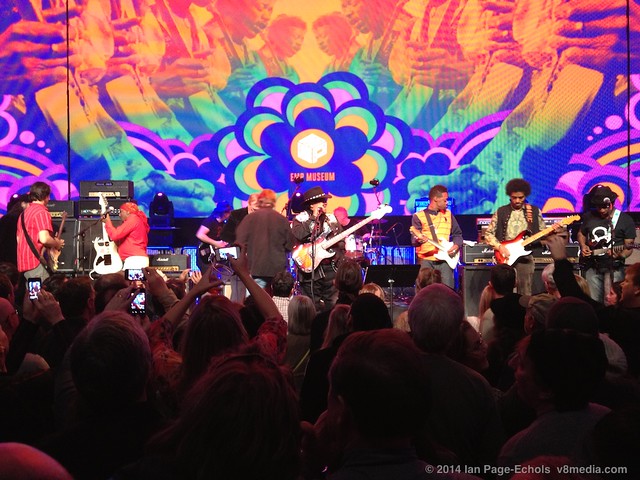 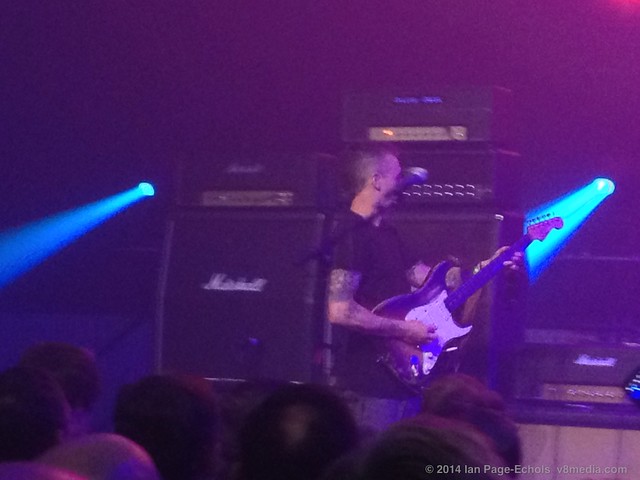 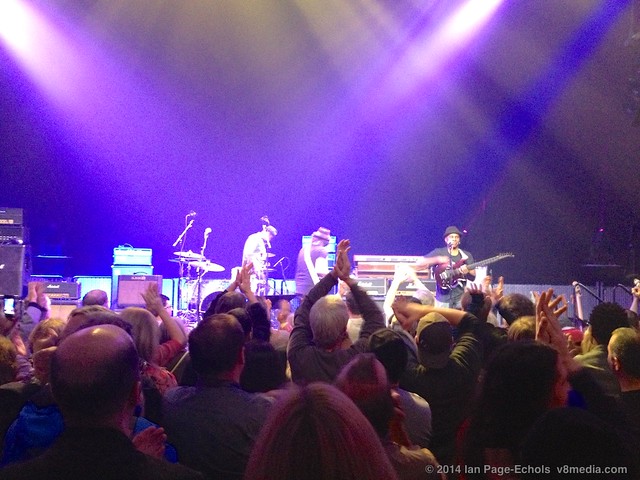 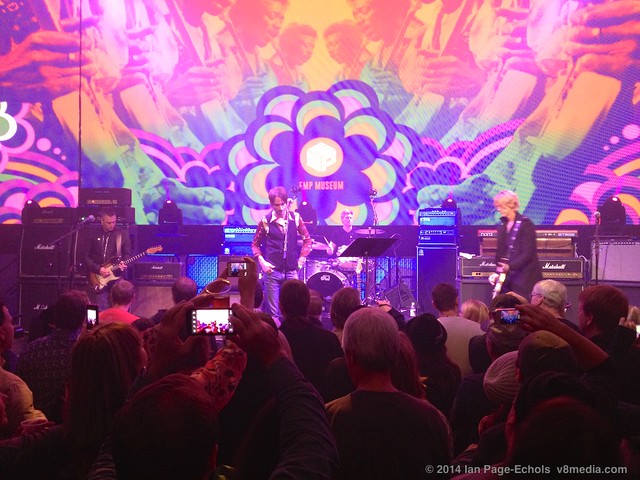 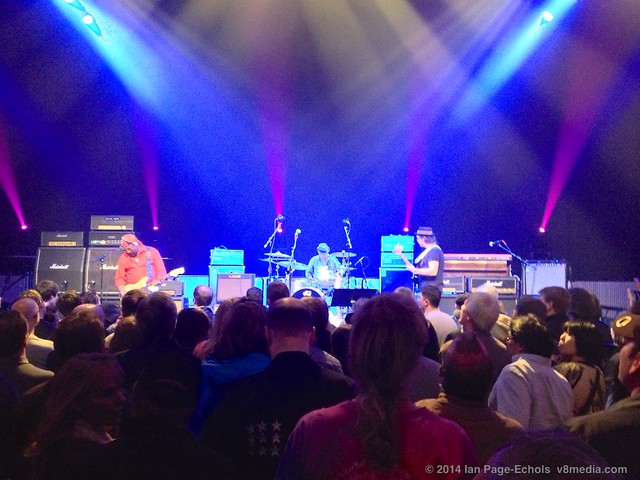 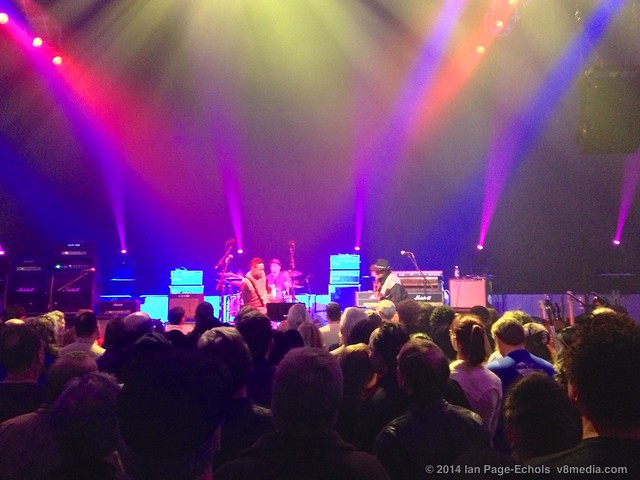 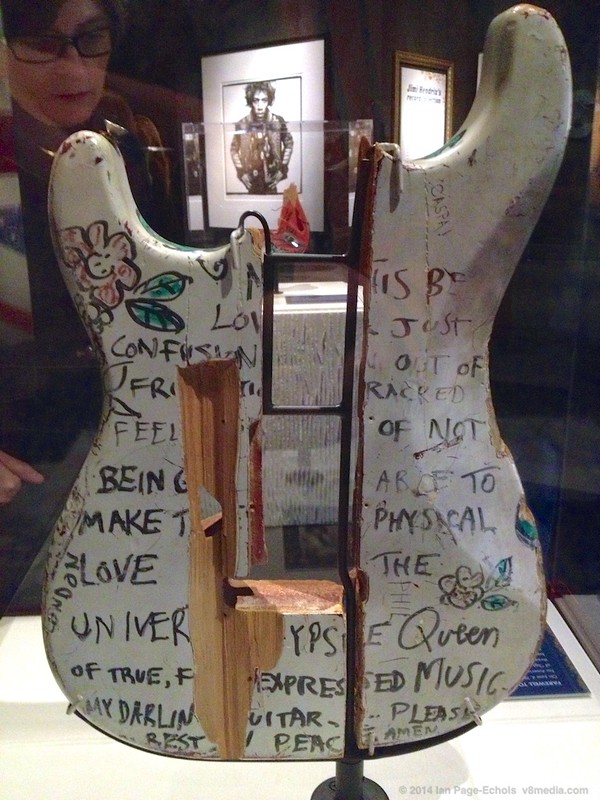 Jimi’s white guitar June 1967 with writing and drawings at the EMP, back 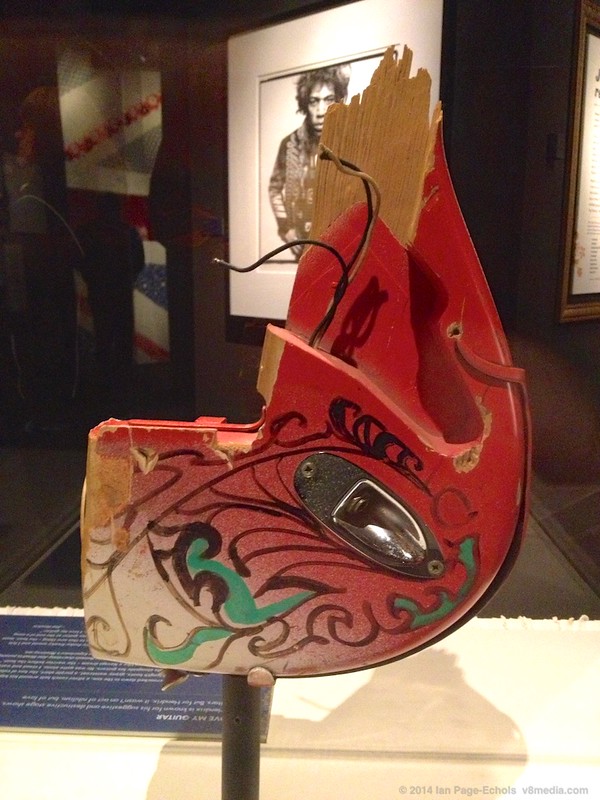 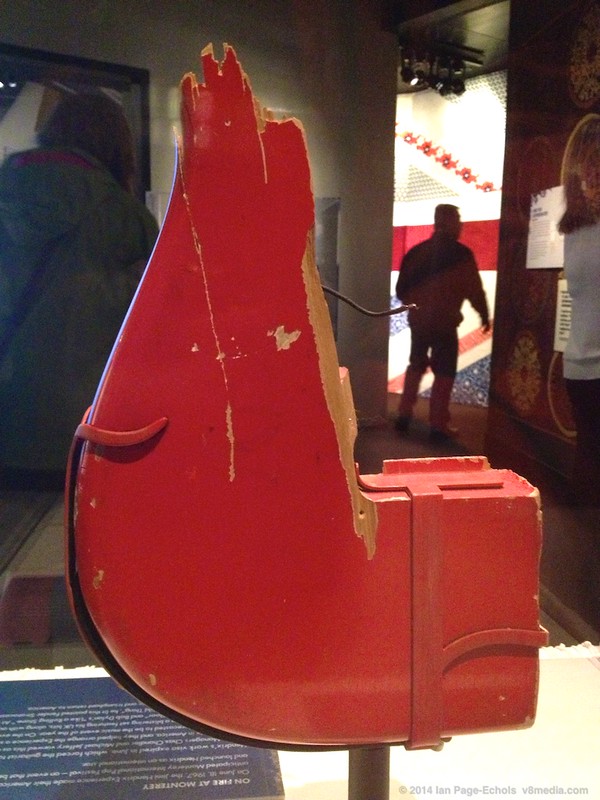 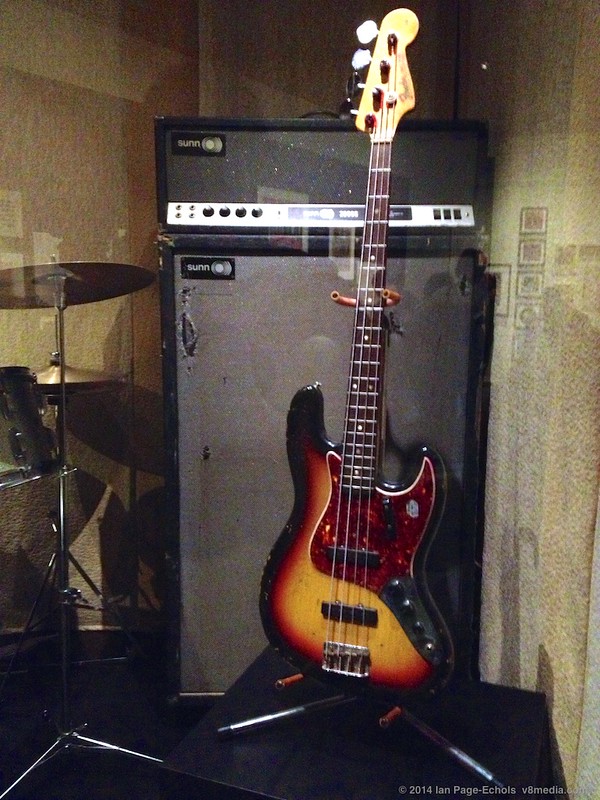 Noel Redding’s bass at the EMP 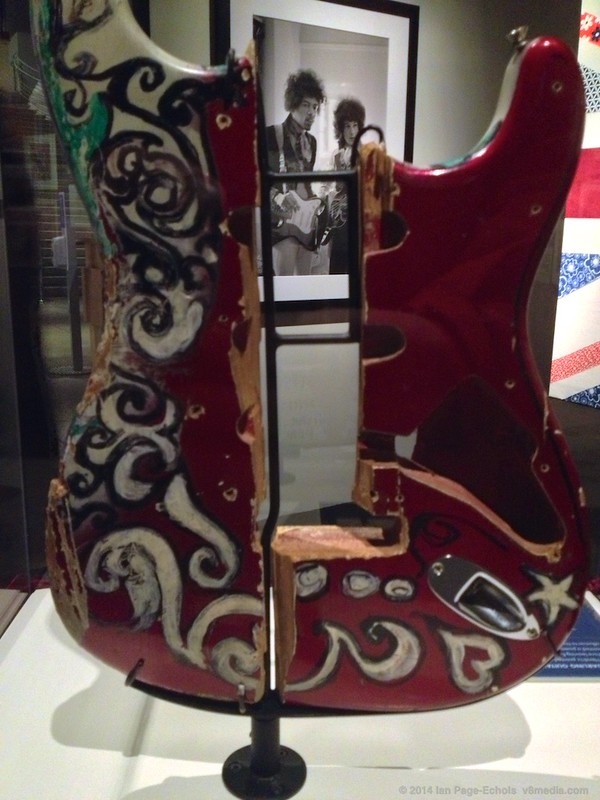 Jimi’s burgundy guitar at the EMP