I did visuals for a couple acts this past weekend for Seattle’s 2009 Decibel Festival. There were some great artists playing, though I was a bit of a non-goer. I was working on my visuals software right up until the Nosaj Thing show. Ended up going back to a software setup from about three years ago and took about five hours changing some things around to make my software a bit more friendly. As usual, I was editing the software during the shows as well. Thankfully, I didn’t cause any weird errors or crashes while doing this. That is definitely a danger.

I’ve been doing quite a bit of messing around with Max/MSP/Jitter and have most everything figured out. There are a couple main things (and I’m sure some small ones I’ll run into) that have been stopping me from using Max/MSP for my gigs. Main one is that the way I end up using my current/previous visuals software, Troikatronix Isadora is that I set up a MIDI dial controller for all of my main mixing, levels, hues, saturation, contrast, and set up a couple (or sometimes three) bin pickers, where I can look through my various folders of video. The way Jitter is mostly used is with drop down text lists. I don’t even know what most of my clips are named, since I just choose them visually.

All the methods in which I’ve tried to programmatically fill in icons and make them clickable have thus far failed. Because I really wanted to use Max/MSP this time, I started manually creating these things. I got about a third of the way through and Max/MSP crashed upon loading my file. I also tend to use some forms of feedback, by looping video back into parts of the software that I’ve already gone by, or by looping sections with specific filters. I’ve had a hard time getting this going in Max/MSP as I did a bunch of work to get the effects to be processed on the video card. The recursion I want to do looks like it might almost have to be outside of the video card, which might mean that the video card setup might not work. You can tell I’m still working on it. Hopefully by next time I’ll have some pretty crazy things happening. 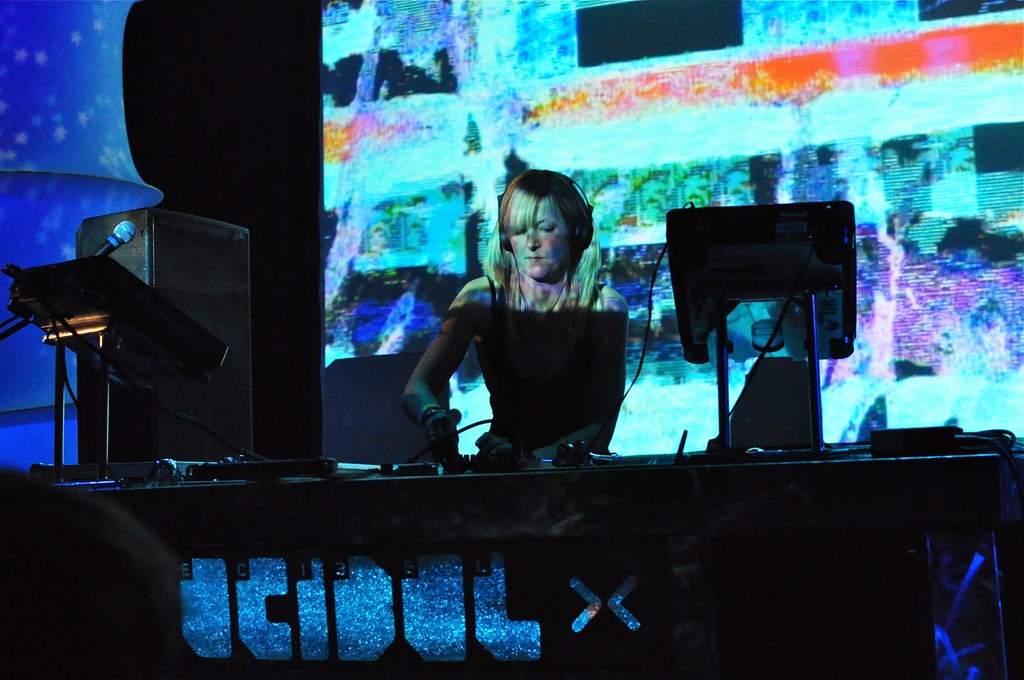 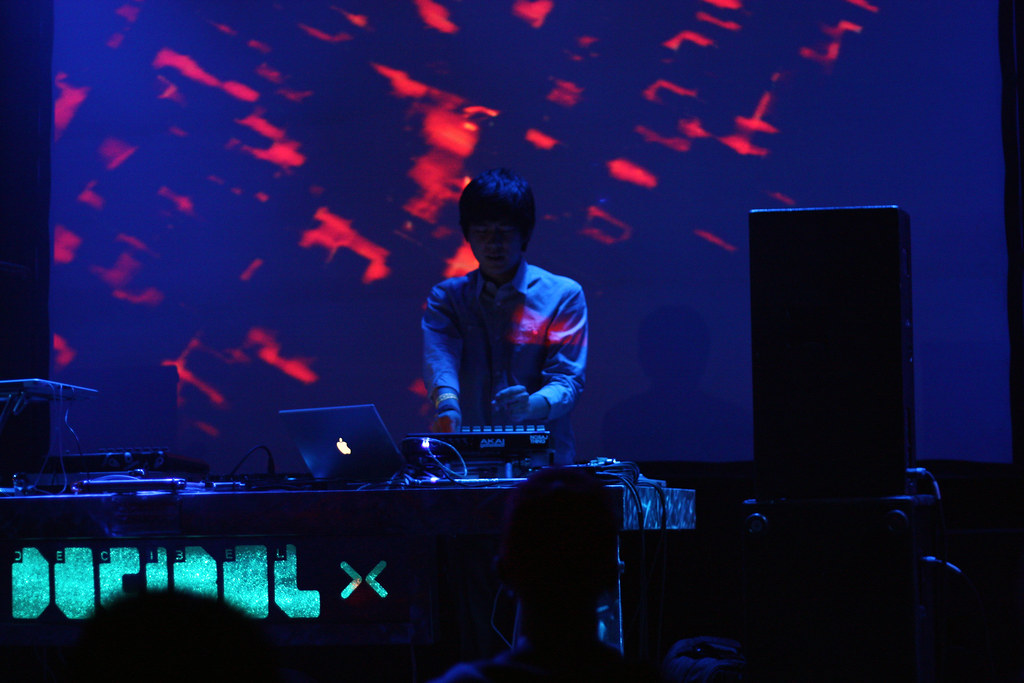 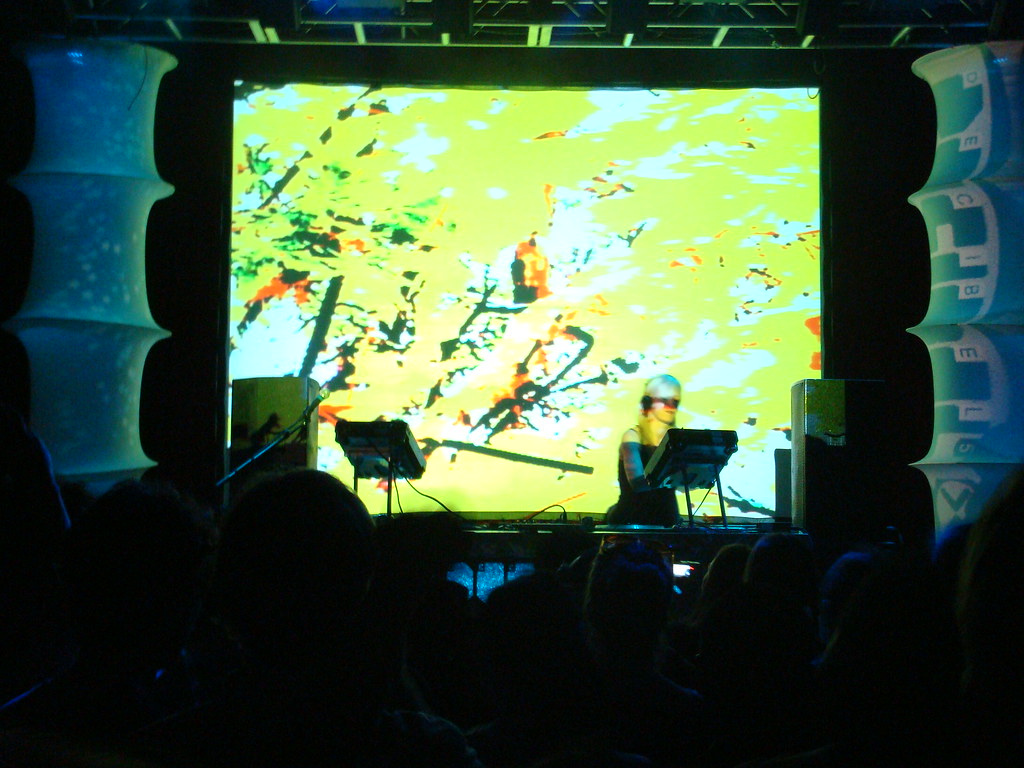 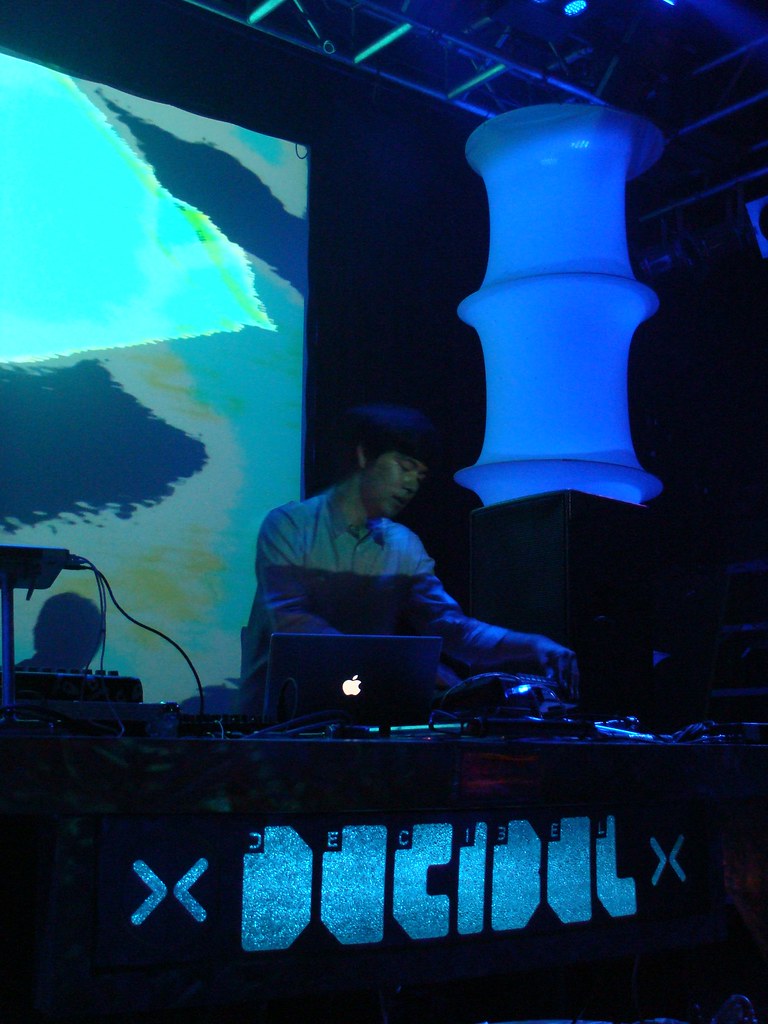 (Photos by Russ, kochs.org, and Donte. Thanks to Luara for pointing me towards the Mary Anne Hobbs photo!. Videos by RyanXristopher and altapowskier)

One thought on “Decibel Festival 2009”